by Nick Gromicko
Cement substitutes are materials that may be substituted, to some degree, for cement in order to improve different properties, such as strength and longevity. The use of cement substitutes is generally encouraged because of the environmental advantages gained from their diversion from the waste stream, the reduction of the energy required in their re-purposing (as compared to the manufacture of cement), and the conservation of raw materials, such as silica, alumina and iron oxide. In fact, as much greenhouse gas is created during the production of cement used in the U.S. as the operation of 22 million cars. In addition, the U.S. imports about 20% of its cement, which adds to its cost and wastes a great deal of energy, according to Environmental Building News.
Inspectors are more likely to encounter cement substitutes in heavy construction as opposed to residential construction, where contractors are less familiar with their use. Cement substitutes are distinguished from aggregate substitutes, such as ground scrap rubber and ground glass, and concrete additives, such as air-entrapment agents and plasticizers.  Inspectors will not be able to visually identify concrete that has had substitutes for concrete incorporated into the mix.
The most common cement substitutes include the following: 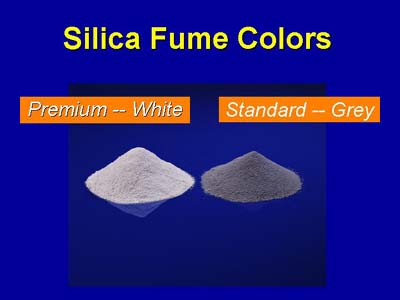 Fly ash contains a number of hazardous minerals, such as mercury, cadmium, arsenic, lead and selenium. There is little evidence that these substances can leach out of the concrete, although disposal and re-use of cement containing fly ash has raised health concerns.