A bug zapper is a popular exterior appliance installed by a homeowner or food handler to attempt localized control of flying insect populations. Its name comes from the characteristic "zap" sound 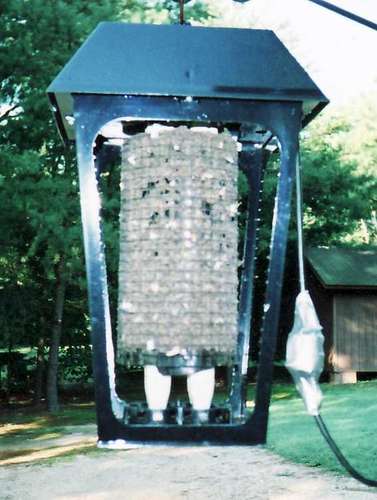 produced when an insect is electrocuted. Around homes, they are primarily used to kill biting (female) mosquitoes, which create itchy bumps and can transmit the West Nile Virus or encephalitis, malaria and yellow fever. While Popular Mechanicsproduced a sketch of a bug zapper as early as 1911, it wasn't until 1934 that parasitology professor Dr. W.B. Herms introduced the electronic insect killer that became the model for all future bug zappers.
How They Work

Bug zappers work by luring flying insects with fluorescent (typically ultraviolet) light into a deadly electrical current. Because the flower patterns that attract insects are better revealed in ultraviolet light, many flying insects that feed on flowers will be drawn to the bug zapper. Before they reach the light, however, they will come into contact with the wire mesh, completing the electrical circuit and disintegrating.
Bug zappers can kill many thousands of flying insects nightly. Some models incorporate a tray designed to collect scattered insect parts, although many models allow the debris to fall to the ground below.
Effective or Not?
Despite their widespread use, numerous studies have called into question the effectiveness and safety of bug zappers. Two of the more pressing issues are the following:
Tips for Homeowners
Bug zappers do not present more of a fire hazard than other electrical devices. Most units have been UL-tested, but, as with any outdoor electrical appliance, care must be taken to ensure that electrical cords do not become frayed or wet.  They should also be connected to GFCI-protected receptacles.

Inspectors may pass on the following mosquito-control techniques to concerned homeowners: 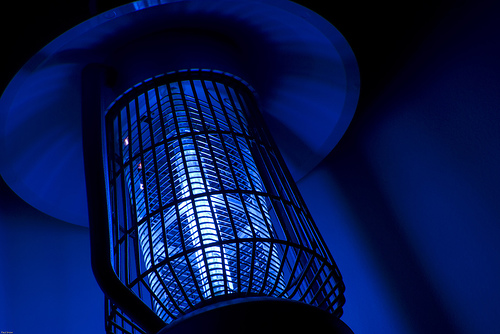 In summary, bug zappers are a common yet controversial means of controlling biting insect populations around the home, and caution should be taken in their selection and use.